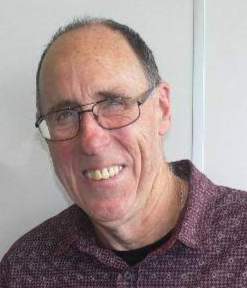 Bill Lawler is one of OPA's longest-serving Independent Third Persons, having had the role for 27 years.

Why you became an ITP? What attracted you to the role?

What has kept you in the role? What benefits do you get from volunteering?

It’s a bit of a cliché, but I like to contribute back to the community. I believe in community supporting community. If everybody supports everybody else, we’ll all be ok!

Can you give one example of a time in the ITP role which was particularly meaningful or where you knew you made a significant positive difference to a person with disability?

A young woman was being interviewed in a regional station, and she had a mental illness. She might have been having an episode [of mental illness], which is probably what led to the incident. I think she was fairly isolated in her community. She was at the police station by herself, there were no family or friends there with her. It could have been the lowest point in her life.

I think the ITP support was something she could hang onto that day. I was someone who could support her. She really appreciated that somebody cared enough to help her. She got very emotional. I felt I really helped her out that day. She was very thankful that I took the time to be with her, to help and understand.